#1 To witness the glorious cyberpunk setting

Akira is set in what is best-described as a post-post-apocalyptic Tokyo where society has been rebuilt from scratch following World War III and the apparent nuking of Tokyo City at the start of it. What has risen from the ashes of war is a city that serves as one of anime’s most iconic cyberpunk settings, which we get to explore through the eyes of a biker gang and members of a rebellion fighting a violent war against government oppression.

Originally released in 1988, 30 years has done little harm to just how fantastically this setting is realized. The movie is visually stunning, especially when there are fewer characters on screen and we can instead enjoy the highly detailed city itself. Brightly-lit high rise towers seek to obfuscate the rough underbellies of Neo Tokyo, which is made apparent as the movie opens in a rough downtown bar, only to transition into a high-speed bike chase through the upper districts, including a great shot of a motorcycle crashing straight into an uptight restaurant where wealthy onlookers are muttering disapproval at “today’s violent youth” and all that.

The character design has aged somewhat poorly if you are used to modern anime, but is still entirely passable, with heroes like Kaneda on his red motorcycle still being iconic for anime today. The designs prefer more realistic facial structures, which can look boring, but the movie does sometimes go crazy with it, such as with the design of rival biker dude Joker. The realistic approach also fits the cyberpunk style and makes the violence and oppression hit harder, while still being flexible enough to make the characters expressive.

#2 The villain and the road that takes him there

While I won’t outright spoil the villain of the story or what happens to get him there, I will say that Akira handles the character excellently and succeeds at incorporating some risky tropes that, under even a slightly less skilled writer, would have come off as lazy or botched. It’s a complex character that you kind of sympathize with on some level, only to watch the entire situation derail until little of the original person remains. While the character was once admirable barring some flaws, by the end of the movie these flaws have entirely taken over and escalated to a point where it wouldn’t be misplaced to label it all as “madness”. 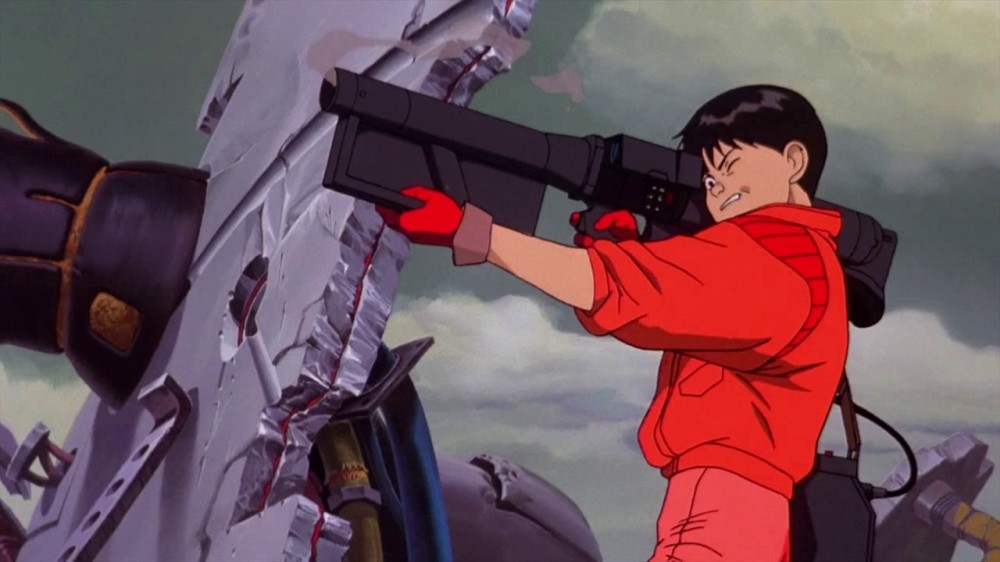 And madness I find a tricky element in writing, because it’s easy to just claim a character is mad to prevent having to write a more believable villain. What makes it work here is because you get to see how it develops and the circumstances make sense without being too overkill. The transition from a normal person within the context of the setting to a crazed mass-murderer is amazing to follow and when the times has come for a final confrontation, it ends up being both spectacular and tragic at the same time.

Though I usually prefer slice-of-life shows and more lighthearted stories, ultra-violence and body horror are guilty pleasures of mine (in anime, at least) that I don’t often get to indulge in. The works of Junji Ito and anime like Elfen Lied are favorite works of fiction of mine, but just like with madness as a storytelling theme, this type of gore can easily turn boring if mishandled. That is not the case in Akira of course, otherwise I wouldn’t be mentioning it here. The violence in this movie is visceral and bloody, kicking off with some great directing as biker gangs fight it out on the highway while protesters and peacekeeping forces clash in the streets of Neo Tokyo. This provides you just a taste of the absolutely horrific amounts of gore that are on display in the middle and latter portions of the movie. It ramps up to an admittedly absurd level, yet the detailed animation keeps it feeling real enough that the impact is never lost.

Again, without wishing to spoil, I doubt anybody that has watched the movie will ever forget the final battle for this very reason.