#1 A story about nothing

At one point during our viewing of this movie, I wanted to pause it for a bit to refill drinks, because it felt like we were about halfway through the film. To my surprise, when I moved the cursor it turned out we only had 20 minutes left before the movie was over. 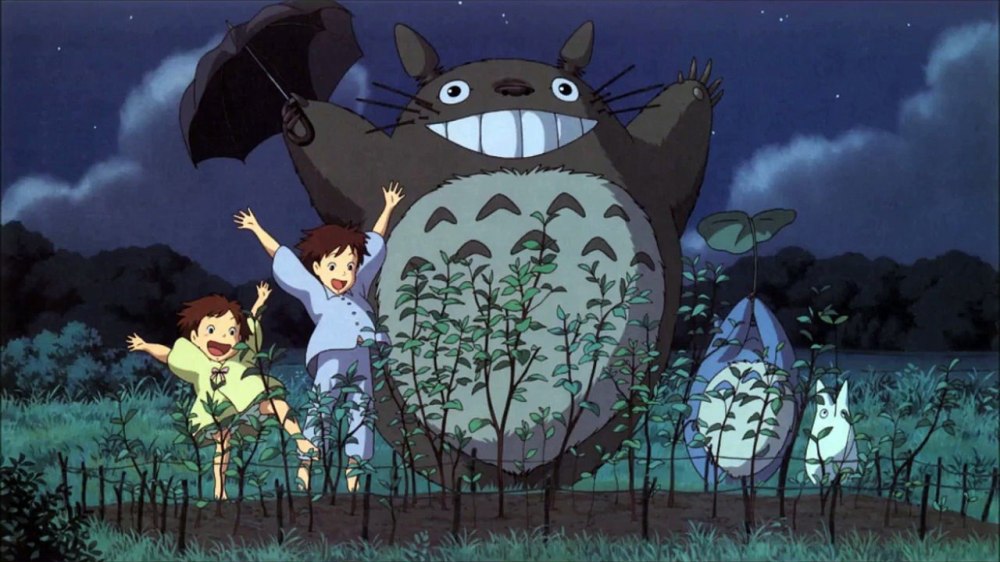 The story is about this family of three, not counting a hospitalized mother, that move into an old house out in the country, only to find that it’s kind of a shithole. Nevertheless, they settle in and the youngest daughter soon discovers these magical creatures and eventually meets the title character Totoro: a magical bunny thing. It’s interesting enough for a whimsical, animated movie, but it doesn’t actually do anything of consequence with Totoro or the kids. The entire first hour of the movie is just the introduction, followed by a few magical encounters that look good on posters, but which don’t leave any kind of impact besides reminding us that Totoro exists.

The final act feels like it should be the turning point of the entire movie, hence why I felt like it was hardly even halfway done at that point. I felt that this was going to be the dilemma the movie revolved around, a reason for these kids to go on a journey with Totoro and actually do something. Except the movie is utterly afraid of raising any stakes at all, immediately deflates all of the tension, and then resolves the big problem within minutes. 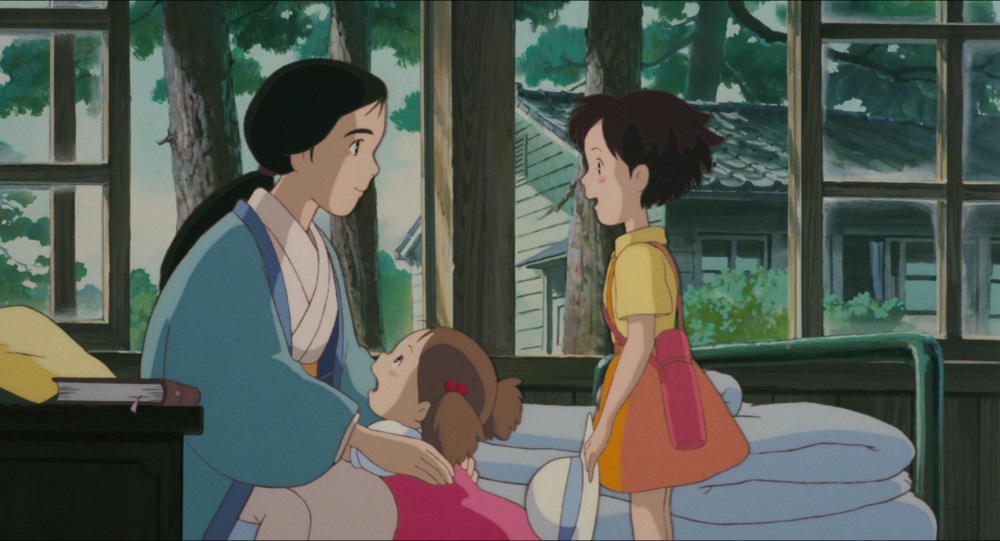 Sure, a movie like Kiki’s Delivery Service is also about several small events, but there you at least feel that there is an overarching reason for them. They are events that challenge Kiki and shape how she feels about herself and her chances of becoming an independent person, and it’s a story with a very personal drama. My Neighbor Totoro has none of that, because all the independent events are just distractions. There is a central drama in that the family’s mother is sick, but that doesn’t go anywhere challenging either, despite the movie briefly pretending that it might.

So I actually live right beside a daycare and that is a fantastic way to make you think twice about whether or not you want to have kids of your own. I hear shouting, crying, and screaming all day long, but my house is pretty darn soundproof so I can avoid it. That is, until children appear in my anime. The two little girls that star as the young protagonists of My Neighbor Totoro are not enjoyable. The very moment they arrive at the house they charge on ahead and start breaking shit and scream unintelligibly. Considering this is from the same Miyazaki that would write the excellent child characters from Castle in the Sky and would go on to write Kiki, I’m just shocked that he wrote this in-between.

As the movie goes on, the older of the two girls does become a more tolerable character, dropping the hyperactive behavior she shows in the early part of the movie. However, that just leaves her very bland and unmemorable as a whole, again unlike all of Miyazaki’s other efforts. This suggests that the focus should be on Totoro, but…

So, the final issue I have with this movie is that Totoro is kind of a disappointment. Before watching it, I only knew of the film because of that famous scene at the bus stop and always wondered what kind of character he’d be. Perhaps it’s because of Panda, Go Panda, but I always at least imagined he’d talk, though I also expected him to do at least something. 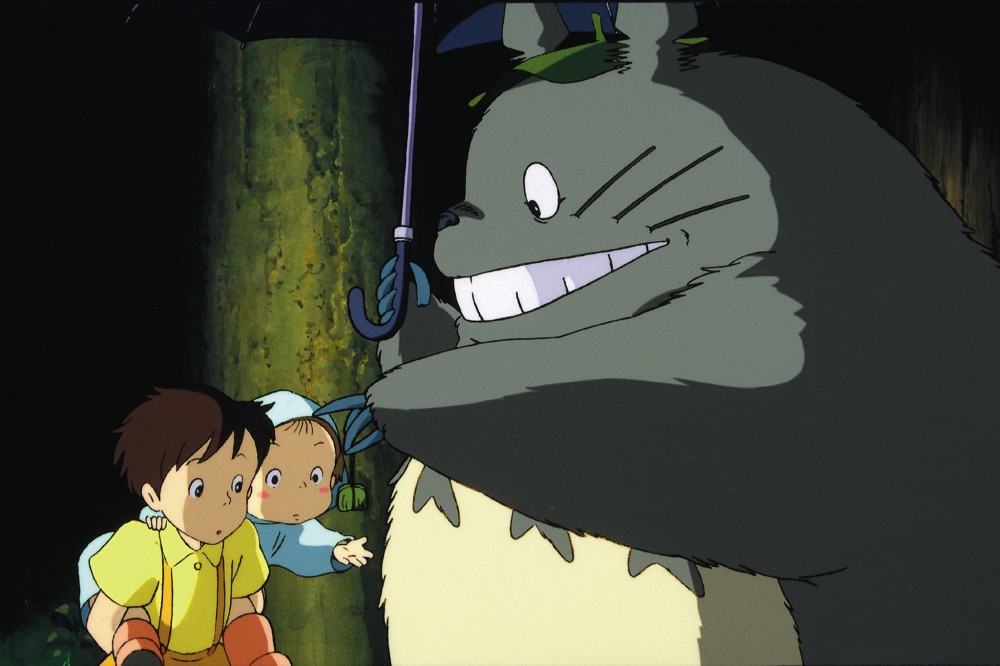 Totoro is just a big, fluffy creature of unexplained origin or purpose that hangs around and appears whenever it’s funny. He feels more like he’s just there for the posters and to fill the spot of the cute mascot character, as he doesn’t really have a purpose beyond magically fixing the problem of the final act in as anti-climactic a way as possible. He doesn’t have dialogue besides random screaming and most of the time he just walks around with that stupid smirk on his face.

It’s inoffensive and I at least prefer his random behavior over the screeching of the child characters, but after years of seeing posters, screenshots, tons and tons of Totoro merch, and hearing about how great this movie is… I kind of expected him to be a more compelling character.