A shoujo fantasy manga of Chinese origin. When Hui Sheng is pressured by her friends

to visit a strange store, the owner gives her a deck of “angel cards” and reveals that she has the power to use it. At first, it seems like Hui Sheng is just set on a path to become a fortune teller, but she soon finds out that both angels and demons are now after her and the deck of cards, each for their own reasons.

It’s an interesting project, but Angel Myth just never succeeds in really getting its fantasy world to come alive. It’s consistently vague about important details and all the angel characters look the same, which isn’t helped by their personalities flip-flopping around all the time. I don’t think it was ever properly finished either, because what I could find of it just ends in the middle of nowhere without achieving much. Briefly interesting, a cool cover, but quickly begins to disappoint once the first chapter is finished.

Again, not formally a manga as it came from Korea, but interesting all the same. Reading

Club is a story about a school library tended to by two volunteer students, a boy who is obsessed with reading, and a girl that really just came along in a desperate bid to get a romance out of this. The two accidentally uncover a cursed book, which becomes dangerous when a teacher reads it for a bit and subsequently throws herself through a window.

From there the story follows the students as they try to figure out what to do with the book, which seems to kill people wherever it goes. The main girl finds herself cursed as well and this begins some interesting drama, especially when a secret organization of book fanatics and two detectives begin to hunt them down as well. It’s often thrilling, the art is pretty nice, but I wish it just went a little farther and had more scares to it. Overall a nice and short read.

Set in a post-apocalyptic world where the wasteland between cities is inhabited by monstrous, sentient machines, Bullet Armors follows the story of a boy named Ion. At a 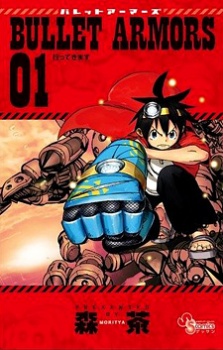 young age, he grew a fascination for machines and collecting scrap, leading to him one day finding a big robot arm. When he later meets a breeder, a controversial person who can operate the machines, he too decides to become one by partnering with the robot arm, who he calls Bullet.

Bullet Armors is a shounen manga with a conservative 6 volumes, making it a short but interesting work of fiction. Our youthful protagonist sets out to explore the wasteland, but quickly discovers that breeders like him are resented everywhere. As a war between breeders and those who hunt them escalates once again, our peace-minded hero and the friends he meets find themselves becoming the enemy of both sides in this conflict.

Bullet Armors didn’t start off stellar, but I grew to enjoy it as it went on. Ion is a typical, idealistic shounen protagonist, but his friends and the various villains and henchmen he has to deal with are actually quite neat. It all has some good energy and passion to it, everything I enjoy in a good shounen without overstaying its welcome. I do have to say that the ending, while incredibly enjoyable, does give up on resolving some of the plot threads established earlier in the story. Perhaps a sign the manga was forced to end sooner than intended, yet the finished product we got is still very much enjoyable.

Miku Yamada is faced with a predicament: she has had a crush on a boy since middle

school, but the dude is completely oblivious to it. He’s also strange, rude, and plain stupid, but she can’t help but feel attracted to him. If only he wasn’t so dense, she could actually confess it to him someday.

Cactus’s Secret isn’t the most original manga on the block. It’s a fairly standard romance story about two highschoolers, who face all manner of challenges and romantic rivals that attempt to keep them apart. Its central failure is that the chemistry just isn’t there. Yamada and her boyfriend-to-be Fujioka just aren’t particularly interesting or sympathetic characters, and much of the drama that unfolds comes down to the most basic of misunderstandings that they are unable to sort out together. The art is also not very good and the gags get old fast. This one only comes recommended if you really feel like reading the most basic of shoujo romance stories.

For a superior alternative, I recommend Cirque Arachne, which I found by pure chance

and thoroughly enjoyed. It’s a romantic yuri story about a young woman that joins a troupe of circus performers as an acrobat, where she meets an elegant and beautiful girl called Charlotte. While main girl Teti is very carefree, excited, and expressive, Charlotte bundles up her emotions a lot and approaches her performances with focus and cold precision. When the two are partnered up, they soon discover that they complete each other excellently.

For something infinitely less tasteful, have a go at Bloody Chainsaw Girl or however that 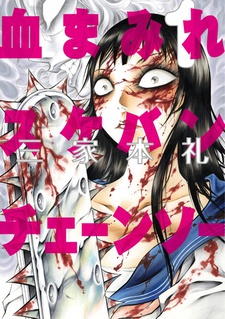 Nero was a deranged girl that became the target of bullying after she turned the recently-deceased cat of a classmate into a zombified toy. Out of vengeance, she captured every one of her classmates and turned them into zombies with a few mechanical upgrades. Geeko is the last one alive, so she grabs her chainsaw and sets out on a murder spree. This manga very much lives on shock value, like in my first few minutes of reading it there were already 3 sexual assaults and one rape sequence. If you can be insulted by fiction, then it’s probably safe to assume that Chimamire Sukeban Chainsaw will try to upset you.

If you can have fun with edgy nonsense, then this manga is interesting for a while. It’s a mad ride and I love how crazy the characters look and how often they’ll surprise you with their actions. It’s fun to see how far it is willing to go and how the rivalry between Nero and Geeko ends. However, the story concludes around chapter 20, after which it begins to tediously drag itself out. The full story is 13 volumes long and contains about 90 chapters, which is way past the point where its tricks start to grow stale. They really should have ended this one sooner, but apparently there is also a sequel AND a live-action movie. Wow.

The next manga on our list comes to use from Tetsuo Hara and this was his first project after rounding off Fist of the North Star in 1988. It’s a sci-fi story about an inhospitable

planet, where a young gunslinger called Blue is tricked by a corrupt policeman and ends up killed. Because he was so selfless and heroic, his robot buddy sacrifices himself by mixing his advanced systems with the boy’s corpse, resurrecting him as a cyber human.

With his new body, Blue sets out on a quest to stamp out the corruption destroying his planet, which leads to him uncovering a large conspiracy and having to violently fix that as well. This is one cool and stylish manga, counting a nice 4 volumes. The characters are all great, but especially Blue ends up being a fun hero who often proves he has wits to back up his massive brawn. I found myself breezing through this story, excitedly following along with the brutal action and well-paced plot. If you can enjoy older manga or enjoyed Fist of the North Star, then give this one a look.

A short romance story about a talented Japanese businessman who has fallen in love with a girl that works in his favorite Chinese restaurant. However, a language barrier

and his inexperience in matters of love prevent him from making a move and cause all kinds of misunderstandings.

China Girl has a novel concept to it and the cover art really sold me on its single volume, but as a romance story it feels shallow. Kamijou falls in love simply because the girl is cute and he doesn’t actually know anything about her besides that, making his affection and pursuit of it rather creepy, especially as he continues it after being told off multiple times. Without wishing to spoil, the story then pulls out a number of extremely-convenient twists to still make sure the romance works, which sapped my enjoyment of the story. Even the girl’s ongoing quest to find her missing father is just suddenly resolved in as anti-climactic a way as possible.

It’s short and harmless, but has no bite at all and will leave you yearning to read something better.

Nobara is a mysterious girl without any friends at school, who lives alone in a creepy old mansion, and who claims to be able to see ghosts. Considered a weirdo with a thorny

personality by her classmates, she goes through life as a loner. That is, until a handsome Demon manifests before her, and reveals that she is indebted to him.

Nobara should have died at age 5, but thanks to this Demon she continues to live. However, demons demand a return on their investments, and Nobara is granted the power to turn people’s negative emotions into crystalized form, which her Demon “partner” consumes. Another fun idea for a story and one I enjoyed a lot.

Our main girl is a bit temperamental, but the story sees her having to put aside her lone wolf attitude, whether that means helping others or learning to accept help herself. With a dozen chapters, the story feels properly paced and a lot happens within a short amount of time. I do wish it was more focused, as the story does feel rather directionless in the middle portion, but it’s a solid 7/10 manga despite this.