My Daddy Long Legs is one of the later shows of the original run of the World Masterpiece Theater, a yearly project where classic books aimed at children would be adapted into long-running TV anime. As the title implies, this one adapts Jean Webster’s novel Daddy-Long-Legs and was animated by Nippon Animation with Kazuyoshi Yokota, who was assistant director and did storyboards for other World Masterpiece Theater shows, in the directing chair. 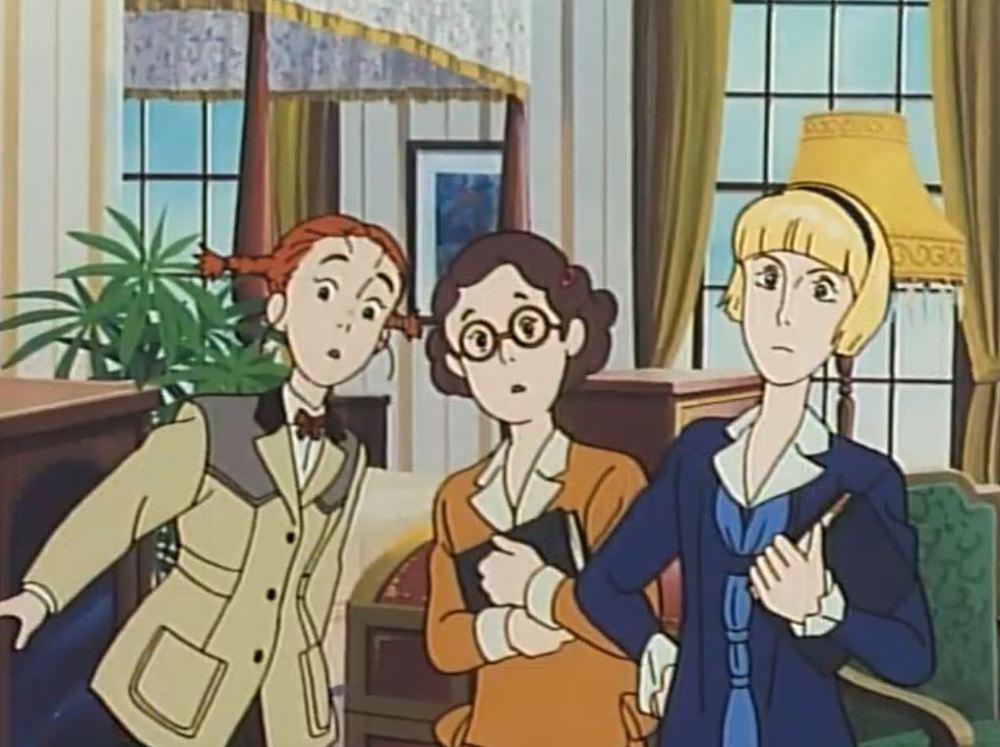 This adaptation tells the amazing story of Judy Abbott, a young girl living a tedious life in an American orphanage until a rich man decides to sponsor her education. Judy will go to school and receive an allowance, but in return, she must write letters to the man to notify him of her progress. However, the identity of her benefactor will never be revealed and all letters addressed to her will be written and signed by his assistant.

Like all World Masterpiece Theater shows, this is a lengthy anime (40 episodes) and it enjoys stellar animation and quality directing. Of the shows I have seen so far, this one is definitely my favorite thanks to the high quality of the animation and my fondness for the book it adapts.

As Judy starts her school career, she finds herself becoming roommates with Sally McBride and Julia Pendleton. Sally is a plain, but smart, joyful, and caring person, whereas Julia is the spitting image of a spoiled rich girl. While she appears to be doing a good job at befriending these two, it always feels like she is keeping them at arm’s length. After all, if she lets people get close to her they might learn that she doesn’t belong. 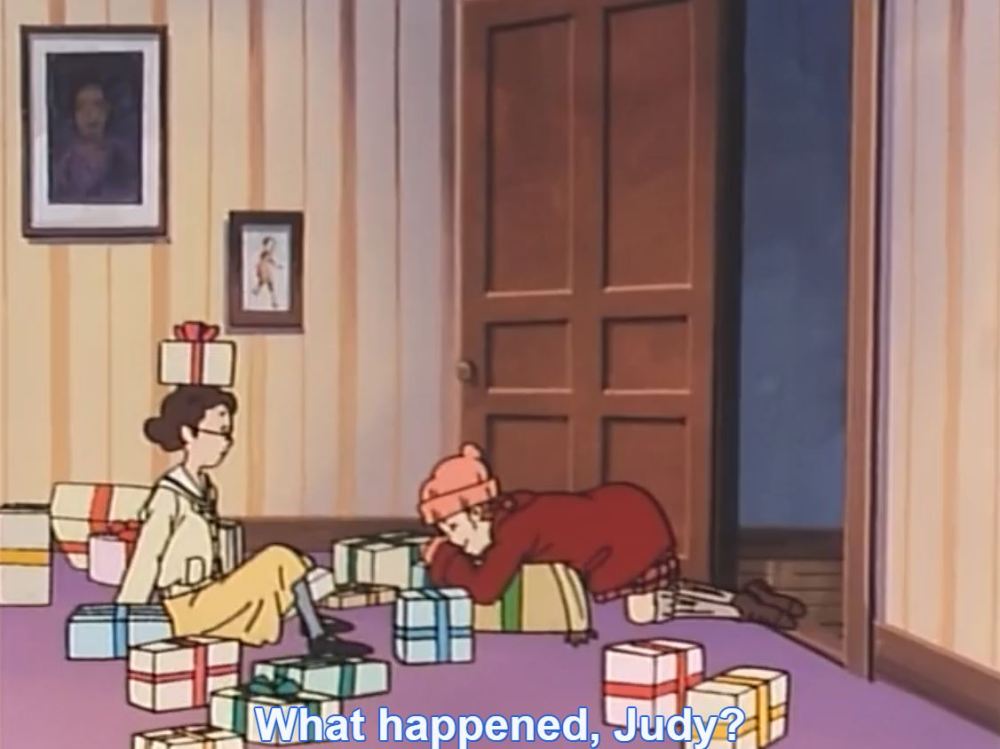 Judy is always haunted by the knowledge that she is different and, in a way, lesser than those around her. It weighs on her to know that she is surrounded by the very rich people she once loathed and envied, so she lies about having a family and keeps the orphanage a secret. Scenes that deal with this are often saddening, as Judy is an emotional and sympathetic protagonist; watching her doubt whether to truly call people friends or even accept someone’s love simply because of her secret is downright tragic.

This aspect of her character is adapted well and used to create some of the most emotional and gripping moments of the anime, including much of the finale.

#3 A product of the times

Jean Webster published Daddy-Long-Legs in 1912 and she herself lived from 1876 to 1916. As such, the novel and this anime take place in a time-period very different from our own, which the anime is really good at showing. 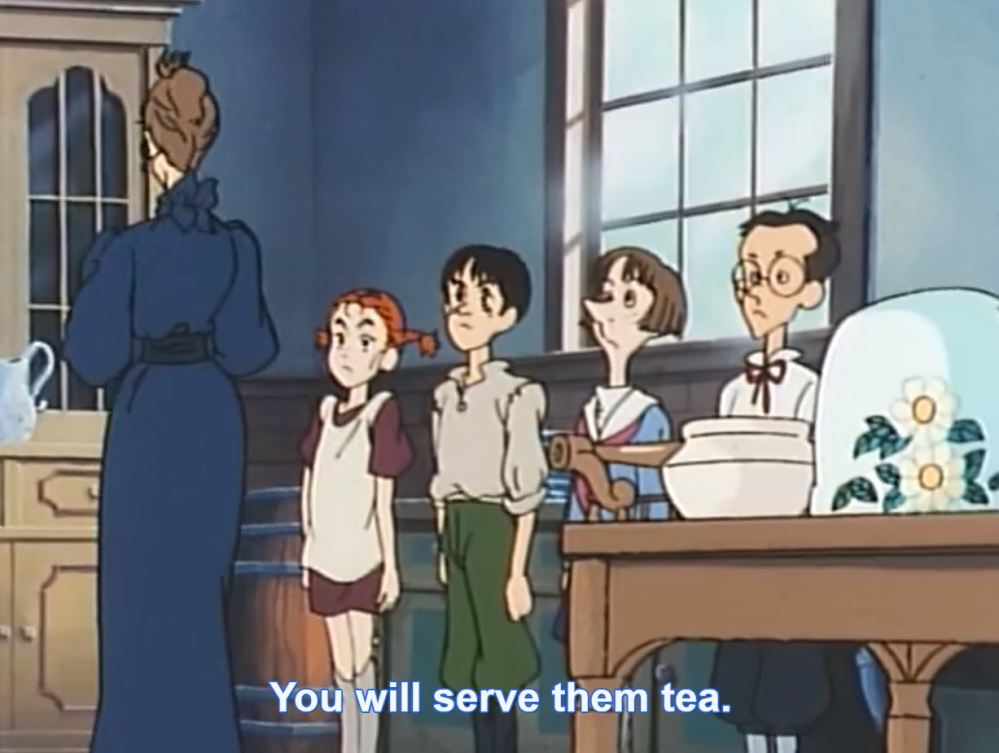 I was especially fond of the early episodes in the orphanage, where children are dependent on the care of each other while under the supervision of strict, often-religious tutors. Judy stands out as a clever and caring girl, who silently resents all the wealthy people who visit to watch the orphans sing and donate out of pity without truly caring. It really gets you intrigued in the history and allows you to view this period in time from the perspective of someone at the very bottom of society. As the audience, you get to see the injustices of the times and the disparity between those born wealthy and those doomed to poverty.

Besides Judy trying to hide her lack of family, she also has to deal with Mr. John Smith, the alias used by the mysterious, rich man who finances her study. She only ever saw the man’s shadow and this led to her affectionately calling him “Daddy Long Legs” in her letters. However, it’s not always clear what his intentions really are. 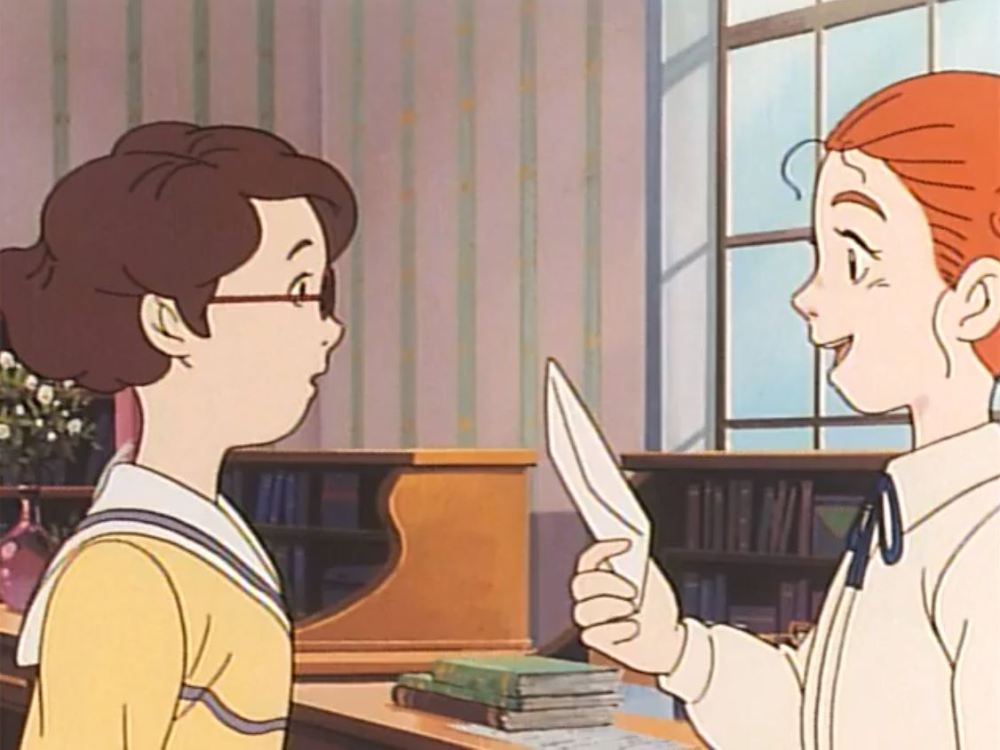 Sure, he pays for her to go to school, but also asks to be frequently written despite making no effort to respond. Judy is generally excited and thankful when she writes, yet even she can’t help but feel disheartened when her letters go unanswered, or worse, are replied to by John Smith’s assistant. While she frequently overcomes her doubts when Daddy Long Legs shows his kindness or writes a more personal letter, over time his intentions become even more worrisome.

As Judy becomes increasingly interested in becoming independent, Daddy appears to try and keep her on a leash instead, going so far as to outright demand she drops some of her ambitions. And it’s never clear whether he is doing this for her benefit or his own, and if this is going to be a story about Judy breaking free from the oppression or discovering the mysterious stranger was right all along. And who is that Daddy Long Legs anyway?

My Daddy Long Legs is best categorized as a coming-of-age drama and one that can’t escape addressing the matter of romance. As the three girls grow up, boys soon become a factor in their lives and force them into some difficult situations. 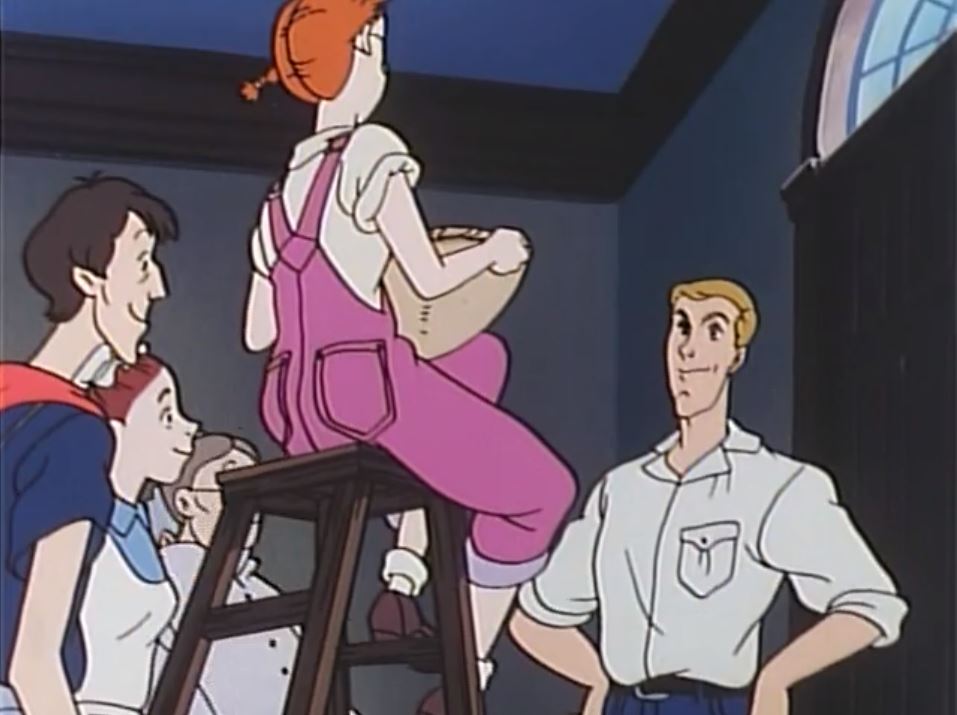 Judy attracts the attention of a football player from the nearby university, but it is actually Julia who becomes romantically interested in him, straining the friendships between the three. Judy, meanwhile, has an interest in Julia’s older uncle, which makes you wonder if this is just a youthful crush or something with actual prospects. Romances like this take up a huge chunk of the final episodes and really help bring some of the characters arcs to a close. In particular, it made me really appreciate how well-paced the arcs of Sally and Julia were.

As for Judy, the romantic problems she faces are made worse by all the above. The difference in status, the fear of letting people come too close, and the uncertainty of whether Daddy Long Legs will approve or have his assistant draft another demanding letter; it all helps to make her anxious to engage in any romance at all. 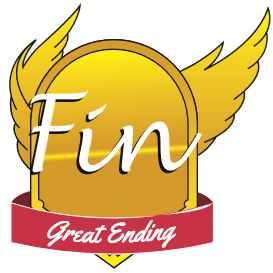