This is an awkward series to start this list with, because Fairial Garden is kinda ripping off Chobits, which is a series I rank among my absolute favorites of all time. Yet in doing 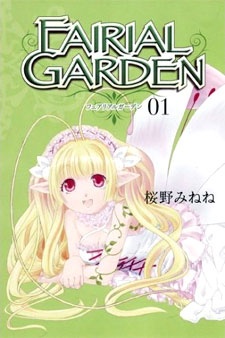 so, it actually nails exactly what I like in Chobits and gives it a twist of its own.

The story follows Noah, the son of wealthy scientists who study the fairies that live alongside Humans. These tiny creatures are born from plants and can be great companions, but Noah lost all passion for them when his parents took away his fairy for research and ended up killing it. That is, until he finds a fairy plant discarded in an alley and takes it home. To his surprise, the fairy born from it ends up being entirely Human-like and, though it is simple-minded and can’t speak much, could actually prove to be a legendary “fairial” instead of any regular fairy breed.

Thus starts the difficult quest of raising her, during which Noah slowly starts to soften up. This is as much about him moving on from the trauma inflicted by his parents as it is about the growth of the adorable fairy girl, who they end up calling Claire. However, Noah and his friends also have to hide Claire, especially from Noah’s parents.

It’s a cute story, with Claire and Noah’s personal maid being especially cute characters. The art can dip in quality from time to time, and to my knowledge, it isn’t available in English past volume 2. What you can read is a lot of fun and perhaps a signal boost will do the series some good.

Eichi’s life is shaken up when he goes from being a single child of a single parent to having three older brothers. As he moves into his new house and their newlywed parents ditch 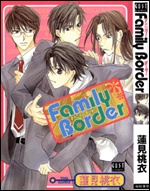 them again, he finds that he married into a strange family. His oldest brother drunkenly stumbles into his bed at night, the middle child seems overly responsible, and the youngest appears to hate his guts, but things only get weirder for Eichi from there.

Family Border is quick to reveal itself as a yaoi story, but a generally innocent one at that. It leaves you guessing what the three brothers want with Eichi, especially when the youngest of them begins to caution him not to get too close. For a short story, it gets a lot of character development in and manages to achieve much, despite each of the three brothers fitting into easy stereotypes. Those who are more familiar with yaoi may find Family Border a bit generic, so this is more of a recommendation for those who want a taste of the genre and are looking for a quick and accessible story.

Most of the manga I pick for these quick review sections are chosen purely based on their cover art, which has helped me find quite a number of gems in the past. Family 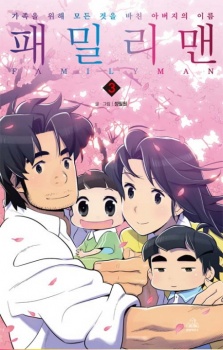 Man was also chosen at random because it seemed like a cute, family-driven comedy. Oh… how wrong I was.

It tells the story of Gang-ho, a factory worker who is permanently scarred while on the job and then fired soon after. Ashamed to return to his loving family, he begins to crash at a friend’s place in Seoul and tries to find a job. When he one day sees a kidnapper target his daughter, he steals a costume belonging to a cartoon superhero and saves the day. From then on, he takes on the identity of Gugu Man to keep an eye on his family, while working whatever jobs he can find hoping he can one day return to them with pride.

While often comedic and beautifully drawn, Family Man develops itself into a gripping drama about the struggles of a lower class family just trying to make ends meet. The longer it goes on, the worse things get for Gang-ho, including some later twists that really hit home for me personally and will resonate with quite a few other people as well. It’s actually a Manwha, but even if you usually avoid those you’ll want to read through this one.

Set in a post-apocalyptic wasteland, this manga follows the story of 3 vagrants journeying from place to place. Jiga is a brash youth wielding a legendary katana, who 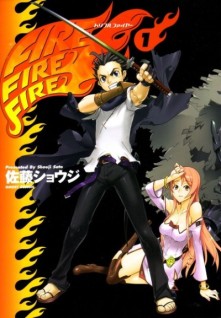 searches for other members of his clan in the hope of finding a wife and continuing their bloodline, Obsidian is a mighty cyborg who takes human empathy with a grain of salt and is looking to retrieve parts of his body that were stolen, and there is Fay Hound, a mysterious woman who keeps her objectives unclear.

The story is a shounen that flirts with a more adult audience. Much of it centers around Jiga and his exploits, as he works hard to protect the people around him and pushes himself to ever-greater heights. Like Bullet Armors in a prior review series, this manga just has the right energy to it. Especially Obsidian is hilarious, a character that really breaks away from typical shounen tropes. It’s a work that’ll get a few laughs, but also draws you in when the stakes are high and the characters have to be serious. 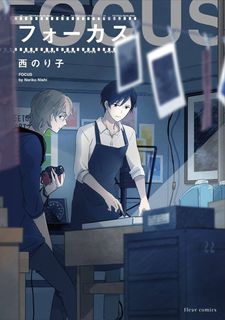 the slightly introverted Asahina. When the two meet while taking pictures, they soon feel a spark and begin dating.

The focus of the story is really on Asahina, who lives alone in a small island community. His mother died when he was young and his father took off the moment Asahina was old enough to be self-sustaining, disappearing for 8 years and counting without ever writing or calling home. Hirami helps him overcome his internal anxieties, but this character development is filled up with a noteworthy amount of sex, which kind of ruins Hirami’s character.

The first chapter already frames him as a man who can’t stop himself from trying to make love to Asahina, even when they have just met and Asahina tries to keep him at arm’s length. The book then transitions from a hug to comfort Asahina straight into a kiss, and then from that straight into ravenous anal sex. All of it censored, but it feels like Focus is desperate to get on with it and then keeps tossing in lengthy sex scenes all the time. Meanwhile, the art, ironically, lacks focus and comes off as hasty and undetailed in most panels. Asahina’s okay life-story is a selling point, but not strong enough to excuse how eerily creepy the manga feels and how poorly it looks.

I am a sucker for good theming, so when I spotted this little manga where every character is themed after a specific ingredient, I thought it would be a good time. 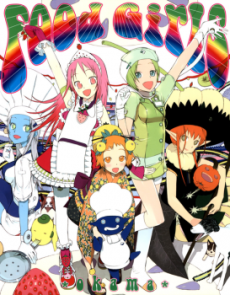 However, manga are always unpredictable and beneath the cute and colorful shell of a food-themed comedy lies a… worrying story.

Each of the book’s 12 chapters contrives a reason to introduce a new food girl, with the first three (Strawberry, Melon, and Yuzu) being recurring characters. However, the story is very heavy on fan-service that is also weirdly fetishistic. I could kind of get a chapter where the girls are being chased by a character embodying cream, they are fruits after all, but many take much stranger turns.

The chapter introducing Yuzu has the characters complain that the water in the swimming pool is too bland, so they massage and tickle her until Yuzu “spills her juices” to make it sweeter. Other chapters deal with S&M, peeling off skin, and flatulence, among other sexual subjects. Unless you have some “interesting” fetishes yourself, I recommend staying far away from this manga.

I have always had a soft spot for horror stories, so I was very excited to find Friday: Forbidden Tales. It conjured up the image of friends sitting around the campfire and 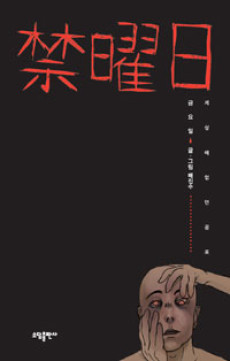 sharing their frightening stories. It’s effective for that purpose and I am not disappointed, but perhaps the quantity was too much.

This manwha features a long list of creative stories that are mostly psychological and surreal in nature. One story sees a dying man wish to be 7 again, only to fall into despair as he realizes how tediously boring life as a kid is to an adult. Another deals with a NEET who one day leaves his one-room apartment, only to discover the door outside leads into a perfect copy of his house, repeating infinitely. The stories are pretty cool, but with nearly 100 chapters, this is not a work I recommend binging your way through.

Holding the story back is the mediocre art. It’s a depressing art-style that works well to match the tone of the tales, but it’s also very uninviting and makes wholly different stories all kind of feel alike.

This is an interesting manga for me to give my opinion on. You see, I didn’t really enjoy it much, but I have to admit that it’s very good. 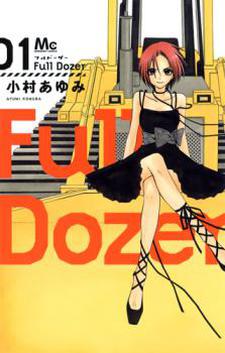 Full Dozer is the story of Ryouma, an average young man who is secretly in love with his long-time friend Mao Manaka. She is a girl that will stop at nothing to achieve whatever she sets her mind to, which takes a turn for the extreme when she has a short chat with an up-and-coming celebrity and falls in love herself. She immediately quits school and moves to Tokyo to take up acting, hoping the two of them can one day become a couple. Ryouma is so shocked and jealous that he throws out his own plans and joins a talent agency himself in the hope it will somehow make Mao fall in love with him instead.

I am a little too cynical for these characters and the focus on celebrities and showbizz wasn’t something I enjoyed at all. At the same time, I do admit that the story was well done and the characters both feel original and go through a lot of development. The story was just a bad match for me; teens and young girls may find it much more interesting than I did.

I was surprised to run into a story by Cool-Kyou Shinsha this time around, who’d later go on to pen two of my favorite anime comedies out there: Ms. Kobayashi’s Dragon Maid 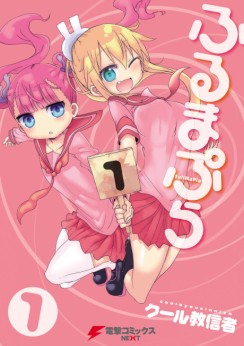 and I Can’t Understand What My Husband Is Saying.

Furumapura or FullMaPla is a high school comedy about Makoto Sain, a mute girl who only communicates by holding up signposts numbered 1 through 10. On the first day of going to high school, she ends up meeting the energetic country gal Kyou Kouenji and, despite their radically different personalities, she soon discovers that Kyou is a caring person who is remarkably adept at interpreting her signs.

Cool-Kyou’s forté has always been creative stories with very good characters, which is certainly present in Furumapura. Sain is an adorable protagonist and it’s amazing to see how each storyline is filled with hilarious jokes without ever making the signpost-gag run out of steam. Kyou and Sain also go through a fair bit of character development and the few romantic hints are a nice extra. It’s a shame this story never reached the fame that Cool-Kyou’s other works got, because I would love to have it come to the West or get adapted into anime.