#1 The theme of repressed personalities

“All kids hold an egg in their souls. The egg of our hearts, our would-be selves, yet unseen.” This is the quote starting off each episode of Shugo Chara and it brilliantly lays out its central premise and philosophy.

This anime is based on the idea that each child has a metaphorical egg inside of them, containing the basis for the person they can eventually grow up to become. However, those who struggle with their identity may see this egg take on a physical form. If handled properly, the egg will birth a small, pixie-like character embodying the good qualities, who can guide the kid and help them accept this hidden side of them. If mishandled, the egg will turn evil and the child will forever be robbed of their future potential.

In a way, the series reminded me of Atlus’ Persona franchise, which also plays around with the idea of accepting repressed parts of one’s psyche and facing inner demons that take on physical form. Shugo Chara takes these ideas and puts them into a shoujo anime with plenty of magical girl influences.

Main girl Amu Hinamori is held up by everybody in her life as this cool girl that doesn’t take shit from anybody. Bullies are scared of her, admirers know to keep their distance, and she’s even too cool to give the time of day to other popular kids at school. While she does enjoy this status and considers it her personality, she also wishes there was a way she could express other sides of herself that nobody ever gets to see.

Her wish is suddenly granted when she one day wakes up with 3 eggs in her bed, which eventually hatch into the characters Ran, Miki, and Su, which represent her energetic honesty, creativity, and earnest girlishness respectively. With their powers, she fights against villains who are looking to corrupt the eggs of other children, but they also help her grow as a person.

The interesting flaw in Amu’s character is that she loves to use the powers of Ran and the others when it’s convenient, but shies away from admitting that they really are a part of her. She is embarrassed by the thought of appearing as cheerful as Ran or being as girly as Su, so she falls back on her aloof “cool girl” act as a defense. There is a lot to like in Shugo Chara, but it was watching Amu overcome this personal issue that really made me fall in love with the series.

The focus on repressed parts of one’s personality lends itself well to character-driven storytelling. Shugo Chara does this by maintaining a very episodic format, where almost every episode deals with a new character facing a challenge that might help their egg hatch or cause it to turn evil. 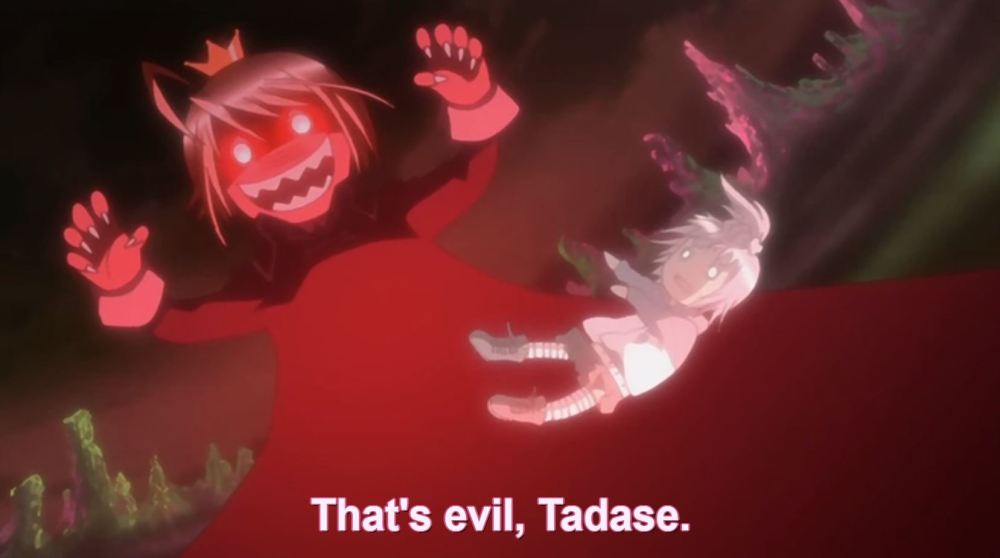 An athletic boy who just barely doesn’t make the cut for the team, an artist whose parents are forcing a safer career path on him, there are many memorable episodes like that. It makes each segment very digestible and that, in turn, makes it easy to just binge 8-10 episodes in one go. The show also throws in some curveballs and two-parters, and many of these short stories help push the overall plot forward, which leads to exciting showdowns that feel amazing despite being only 3-4 episodes long.

Highlights of the show are any episodes that focus on one of Amu’s close friends, as those tend to really push character arcs forward and give us some interesting insight in characters that aren’t just one-off extras. In particular, I was very fond of the character arcs of Kairi and Rima, who both join the cast later on and start off initially hostile towards Amu despite being on her side.

Many episodes will pit Amu and her friends against the corrupted eggs and have them try to turn them back to normal so the owners will, likewise, return to their senses. However, a group of villains is working behind the mask of a big media corporation. They are trying to harvest the eggs in search of a legendary “embryo” egg said to grant wishes, and any extras they end up with they’ll either crush or use as a power source for various machines and schemes.

Adults working for the corporation feel suitably vile as they use their influence to manipulate children. In one episode, for example, one of their agents makes a performer with stage fright believe that, if she fails, all of Japan will be disappointed, causing them to despair and their egg to turn. They are also not above a bit of child labor and are utilizing the duo of Ikuto and Utau, a highschooler with cat-themed powers and a popular idol singer respectively, to harass Amu’s team and enact their evil plots.

Most of the bad guys get some pretty nifty character development and especially Ikuto and Utau are very interesting characters. It really makes you wonder if they can be persuaded to switch sides, especially Ikuto who keeps his goals ambiguous and sometimes helps Amu out on a whim.

I don’t quite know what the characters from the eggs are supposed to be. I generally describe them as pixies and, I have to admit, it’s tempting to call them Personas. In reality, they really are just extensions of the main characters and their own individuals at the same time. They are also hella adorable. 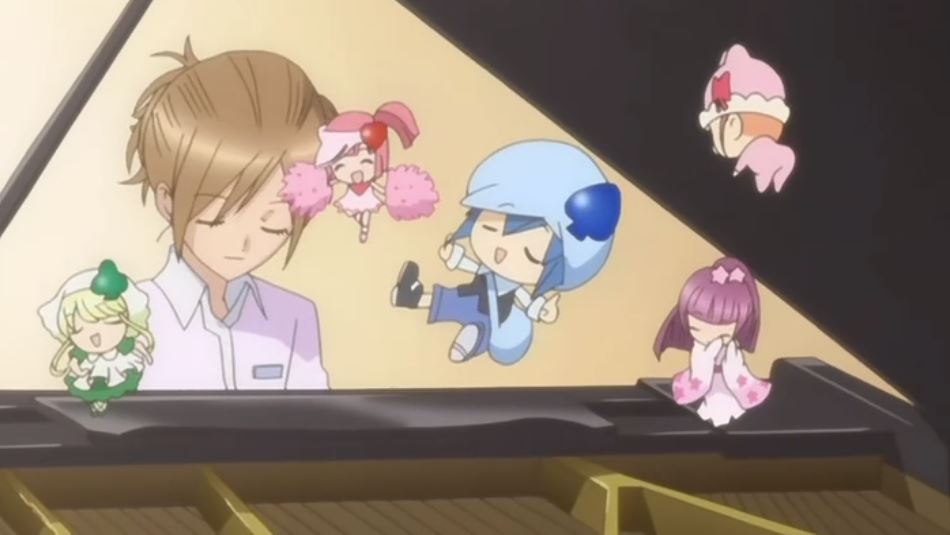 I find that magical girl shows are hard to get into for a lot of people, and part of that is because you either think of very traditional, girly shows like Sailor Moon or violent outliers like Madoka Magica and Magical Girl Site. Shugo Chara is very much a mahou shoujo, but it’s neither overly-violent nor is it very indulgent in typical shoujo tropes. The cute pixie dudes nicely contextualize the magic in this world and link it, thematically, to the characters to which they belong. Magic isn’t some vague contract or inner power, and even the transformations make sense. It makes it much easier to get into the show for someone that isn’t very learned in the tropes that others like myself might take for granted.

The fact that Amu is such a cool character, the solid comedy, and the surprisingly strong direction of its action scenes all lend Shugo Chara a broad appeal. I was putting the show off for a long time, but once I got through the first 3 or so episodes I was pretty much sold on it. And even if you are a veteran mahou shoujo fan, Shugo Chara still feels so unlike any other show you’ll probably like it as well.