#1 An interesting case for cheerleading

Recent years have seen a lot of slice-of-anime pop up that focus on very specific hobbies and activities. Yuru Camp showed us the fun of outdoors camping, Amanchu did the same for diving and got me to take lessons, there’s a lot of this stuff and it’s generally pretty good. Cheerleading is Anima Yell‘s activity of choice, which had me intrigued because I live in a country where cheerleading isn’t a thing at all.

My only experience with cheerleading is seeing it in movies and anime, which usually just portrays it as identical pretty girls jumping around and looking sexy. I never envisioned it as much more beyond that, but Anima Yell treats cheerleading as a sport in and of itself. Main character Kohane sees a cheerleading routine while walking home one day and becomes fascinated with it, so she starts up a club at school and gets a veteran on board to teach them.

Episodes show the training the girls go through, the effort it takes to reach the required flexibility and stamina, the planning needed to set up the dances and write cheers, and the synergy needed within the team to make it all work. I especially enjoy some of the later episodes where the cheerleading team receives job offers and come of as a professional group. And even then, after the match is over the girls have generally worked up even more of a sweat than the actual athletes.

I have no idea if Anima Yell accurately resembles actual cheerleading, but it made the activity look fun and got me interested enough in it to watch through the entire show.

#2 Enough depth for the main characters

The group of girls that this anime focuses on eventually ends up with 5 members. And 5 characters is a lot to flesh out, especially if you have only 12 episodes to do so. While I do feel a show like Yuru Camp did it better, Anima Yell still manages to give its ladies some nice quirks. 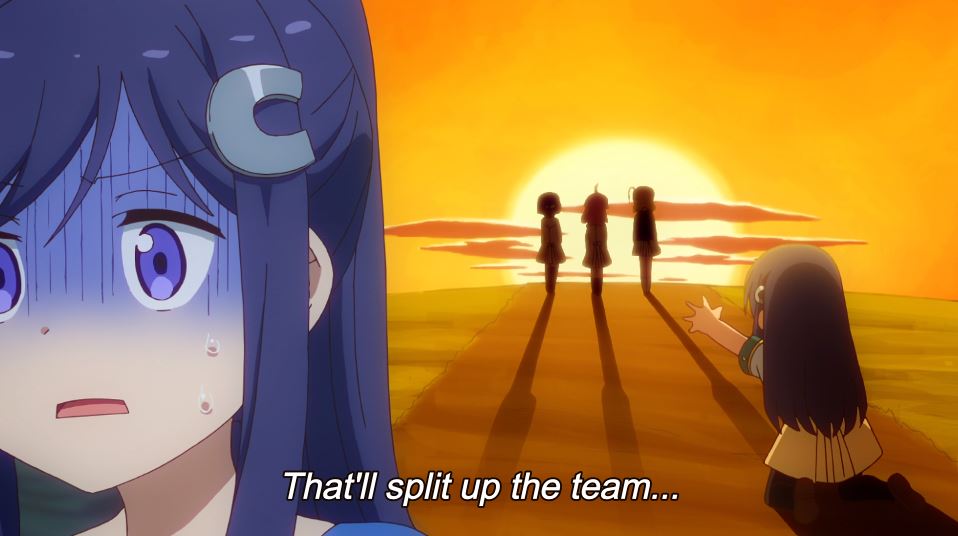 Main girl Kohane is an adorable protagonist with a lot of excitement to her, but her newfound passion for cheerleading clashes with her existing fear of heights. It’s fun to see her push herself regardless, even though it doesn’t always work out. Her inspiration and the team’s de facto leader Hizume needs some convincing before she joins this bunch of rookies, but quickly grows attached to them when she does. However, her being bullied out of her former team has left her unreasonably anxious about being abandoned by her new friends.

Uki, Kotetsu, and Kana play smaller roles, but all have similar nice twists to them. Kotetsu is overly self-conscious about her body, but also struggles to change up her eating habits, Uki is Kohane’s childhood friend and loves seeing her look cute, yet feels awkward about having to join her cheer squad, and Kana is a little too infatuated with Hizume.

The high points of the show are, of course, the actual cheerleading scenes, which initially had me scratching my head. First impressions don’t treat Anima Yell very well, but once Kohane forms her club I was in for a pleasant surprise. The performances work well because they keep in mind that barring Hizume and Kana, none of these kids have ever done this before. Their routines are focussed on energy, looking cute, and actual cheering, which makes them more like dances. The stunts are there, but they are deliberately basic and kind of adorable. I know, I went into this expecting some flashy animation work myself, but the way Anima Yell approaches it is something I didn’t know I wanted until I saw it. And man, some of the scenes in the last few episodes are really damn nice.

#4 Slice-of-life to fill the time

Between the cheerleading scenes, Anima Yell is held together by its remarkably strong slice-of-life content. The good characters are just the beginning, because the slice-of-life portions are also supported by some snappy visual comedy. 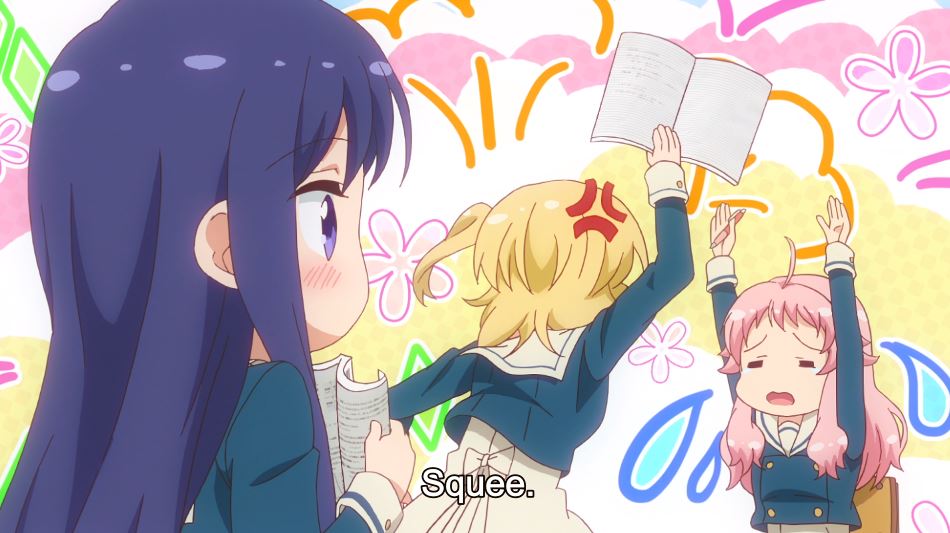 Anima Yell finds its origin in a 4-koma manga and you do notice this in its approach to jokes. They are so fast you can end up missing them if you look away for even a second and they can happen anytime, so this is a show that demands full attention. It had me chuckling quite often!

And to provide variety, the show also has its share of wholesome emotional moments. The very reason I even started watching it is because people were advertising it as a show with a fantastic coming out scene. And yea! That scene is great, I loved it! Know what’s even better? There’s more of that! Anima Yell has some very good heartfelt scenes and those will have me come back to it, even as competing slice-of-life shows fade from memory.