The World Masterpiece Theater is a selection of anime produced by some of the most renowned studios and directors in the industry, most of which served to adapt various classic novels from around the world into anime. The exceptions here being Osamu Tezuka’s Dororo and Tico of the Seven Seas. The initial goal of the franchise was to air all year and adapt one story at a time, meaning a single novel would be adapted each year.

The productions that came from this remain some of the most well-regarded and beloved shows of the old days. They were long-running anime with consistently high quality and storylines that were appealing to many, resulting in the shows being widely popular and even becoming runaway hits in nations and cultures you don’t usually associate with anime. There is no denying that the existence of the WMT was a major boon for the anime industry.

In recent years, I found myself constantly spotting references. Re:Zero famously used names and the opening song from Dog of Flanders, Panty & Stocking had a storyline referencing Heidi, Girls of the Alps, and the main character of Shirobako was inspired to make anime by Fables of the Green Forest, which acts as a recurring plot point for her character development. And it’s these references that finally got me to actually look into these shows themselves.

Now I loved Re:Zero and I adored the ways in which it referenced Dog of Flanders, but despite living right next to Flanders myself, I had mixed thoughts on the series. What initially drew me in is its solid representation of the old-timey lowlands, the beautiful rural scenery that feels familiar and nostalgic.

The story is also timeless and very appealing. Nello is a poor boy living in 19th century Belgium, whose grandfather is his only remaining family. Together, they make a living by collecting milk from the nearby farms and selling it at the market for a cut of the profits. However, Nello begins to grow worried about the dog of a local merchant, who has to pull a heavy cart every day and is whipped whenever he tires. One day, Nello and his grandpa find the dog dying by the side of the road and take him in, which leads to the boy and the dog becoming companions for life once the latter makes a recovery.

However, the harshness of poverty soon takes its toll. Nello’s grandfather begins to grow too old and weary for the hard labor and the dog, Patrasche, adds to their struggle to make rent every month. What was once a bittersweet story turns into an interesting drama and an excellent commentary on the struggles of the poor. It’s a great story, but one that suffers under the format of the WMT.

The desire to have a weekly series run throughout the entire year means the adaptations were always in the range of 50 to 53 episodes, which really stretches the content of these novels that were intended for children. You end up with a 22-hour anime for a book that an adult person can power through in about an hour, which means story developments take forever. It takes 8 episodes before Nello finally adopts Patrasche, which is the basic premise of the story. The most maddening example are episodes 16, 17, and 18, all of which are just about Nello wanting to draw. 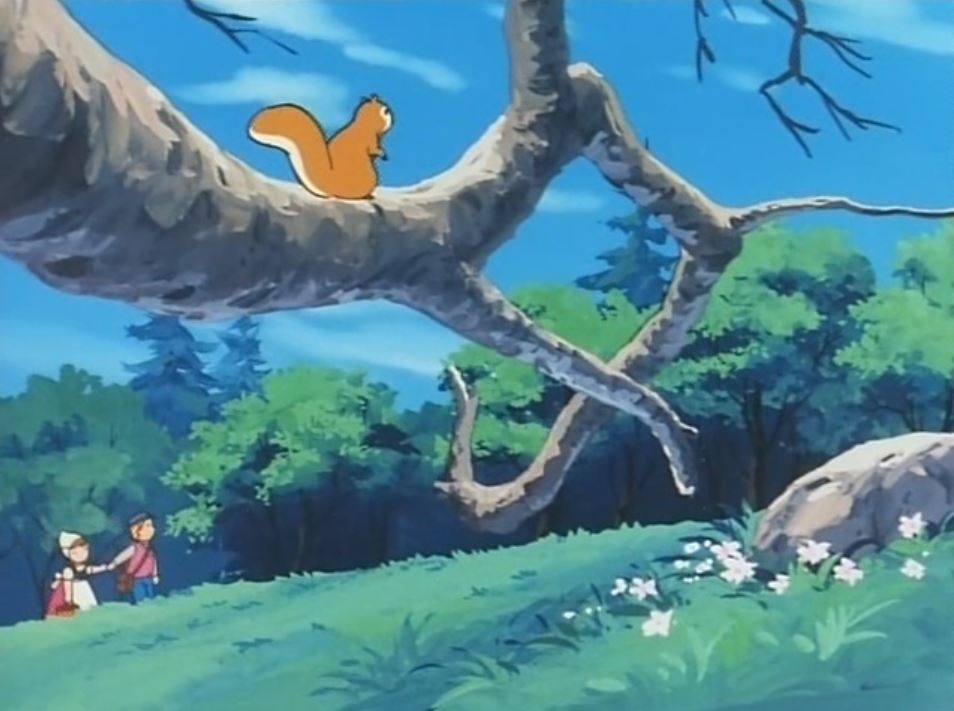 It feels like the creators eventually took notice as well, because later WMT productions eventually started to deviate from the format. Peter Pan was 41 episodes, the excellent My Daddy Long Legs a mere 40. Hell, the last 2 productions of the classic WMT run (Lassie and Remi, Nobody’s Girl) were both a standard 26 episodes. On top of that, many of the older long-running shows were remade into movies that summarized the plot.

My experience with watching the Dog of Flanders TV show and its movie variant are entirely different. The long-running nature of the TV series feels more suited to a slice-of-life story with a static plot. You got so many episodes of Nello, Patrasche, and Alois just playing around that it no longer feels like this is meant as a drama story. The movie captures this so much better by starting in medias res and having the troubling plot twists surface much earlier.

You notice right from the start that Nello’s life is tough and unfair, but also filled with moments and people that make it worth living. I dropped the series despite finding so much to love in it. The movie, by comparison, I finished with ease and gave an 8/10.

Years ago, I always used to say I didn’t enjoy long anime and that 13 episodes was the perfect length for a show. Of course, this was completely wrong and shortsighted, and since then I have seen many long-running shows, some of which became all-time favorites. What truly matters is that a series is as long as it needs to be, which can both mean that a short series might have needed more episodes to realize its full potential, or a long one needed to cut some so as not to feel slow and padded out. My Daddy Long Legs felt perfect at 40 episodes, whereas Dog of Flanders definitely did not feel like it needed 52.