Alderamin on the Sky follows the exploits of Ikta Solork, the son and protegé of a disgraced scientist, who is forced to join the army of his Empire as a conflict with a neighboring state turns dire. Ikta is not a fan of his country’s government and military traditions, so he works his way up to a commanding role so he can do things the way he feels they should be done. 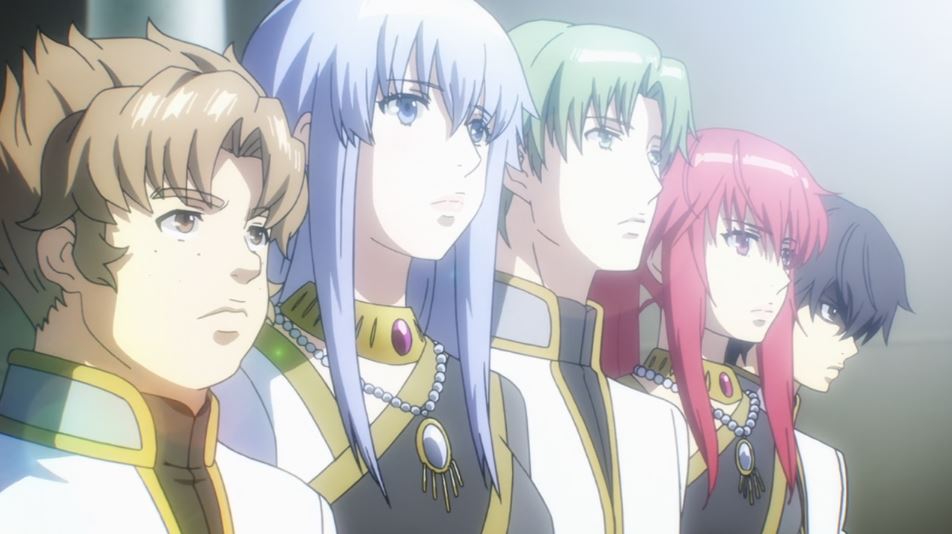 The core appeal of the show lies in watching Ikta navigate the complicated political landscape of his country and strategizing his way through difficult battles. The Empire is targeted by enemies from every direction and even from within, and many of these battles see Ikta at a distinct disadvantage. However, he himself has a trusted circle of friends to call upon, all of which compensate for skills that he himself lacks, and who can help him turn the tide when victory appears impossible.

Big battles are always exciting to watch and those in Alderamin frequently surprised me as Ikta or his rivals pull off strategies that neither the enemy nor the viewer could have expected. Alderamin is also dramatic because Ikta can’t win everything; he loses soldiers, he loses friends, his strategies are countered, and sometimes he is forced to make decisions where no perfect solution exists. He is a genius, not a superhero.

The world of Alderamin finds itself in a very interesting transitional period between medieval fantasy and modern times. The people appear modern, both in their looks, their way of living, and their speech, but live in a society that feels medieval, especially in how they practice religion. On top of that, the most prominent culture we get to see seems very middle-eastern in its inspiration rather than a more familiar European one. 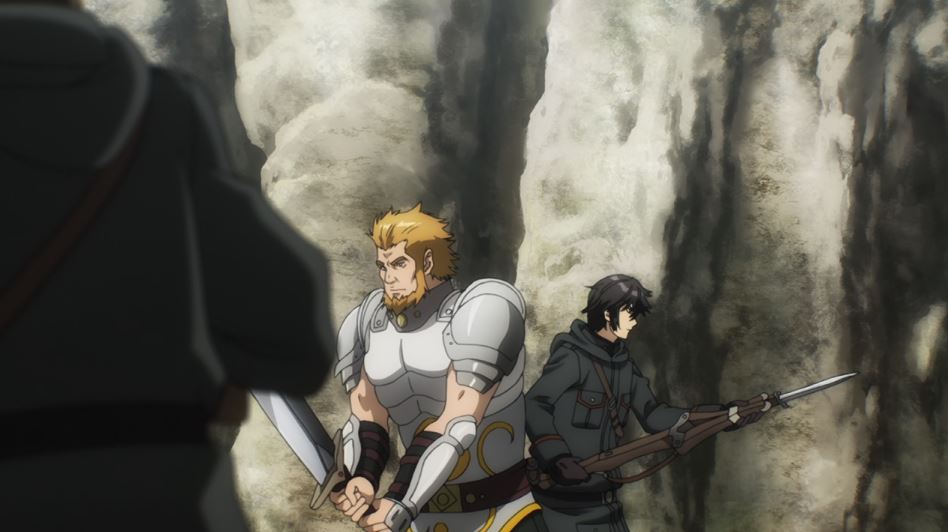 Alderamin is a show where I was constantly surprised with the world-building. For example, you got guys lined up in modern military gear, but they all have little pouches with magical spirit companions inside them. Especially the clothing caught my attention because it’s obvious the design behind it was well-considered. Clothes are light and tribal in their appearance, yet still reveal a separation between social classes. Fashion in this world is light and breezy, which stands in contrast with the bleak and stiff uniforms of its armies, which themselves look strange when put side-by-side with actual armored knights who continue to remain relevant on the battlefield.

Both the historical and modern elements of the story have a place, neither overpowering the other. Alderamin offered a mixture of ideas and culture that fascinated me and that makes it a show with a thought-out and unique feel to it. A shame it doesn’t communicate that well in its marketing materials.

Just like how Ikta has to repeatedly trick his opponents, so too does the show play mind games with the viewers. Ikta’s empire is a religious, authoritarian state, mired in corruption and cult-of-personality politics. It’s a land where free thinkers like Ikta are prosecuted for blasphemy and where good men are sent to die in pointless battles to support political narratives.

However, it never outright states that The Empire are the bad guys here. In fact, it never says that the Republic of Kioka, with whom The Empire is in conflict, are the bad guys either. Kioka is presented as sympathetic, willing to take in refugees and accept progressive ideas, but they also appear to be the nation that is on the offensive and they aren’t above a little scheming themselves. Meanwhile, The Empire is made to look like a questionable government ruling over interesting and diverse people. And even that government is given somewhat of a bright future in the form of the princess, who is ambitious and wishes to make great changes when she ascends the throne.

The same moral ambiguity extends to the characters as well. Everybody in Ikta’s squad expresses their thoughts and displeasure about the way things are, yet they still execute those orders confidently. Are they putting their morals aside for rank & glory? Especially Yatoroshino throws herself into combat and massacres so many people that it leaves her own allies shellshocked. Ikta himself is also plenty questionable, but I won’t spoil his most shocking scenes.

#4 That is some nice violence

Alderamin is a production by studio Madhouse and, from what I could find, was made by relative newcomers to the industry. While I have no legends to tell about the likes of director Tetsuo Ichimura or chief animation bloke Yuichi Hirano, Alderamin gives me hope that we might see more of these people in the future. 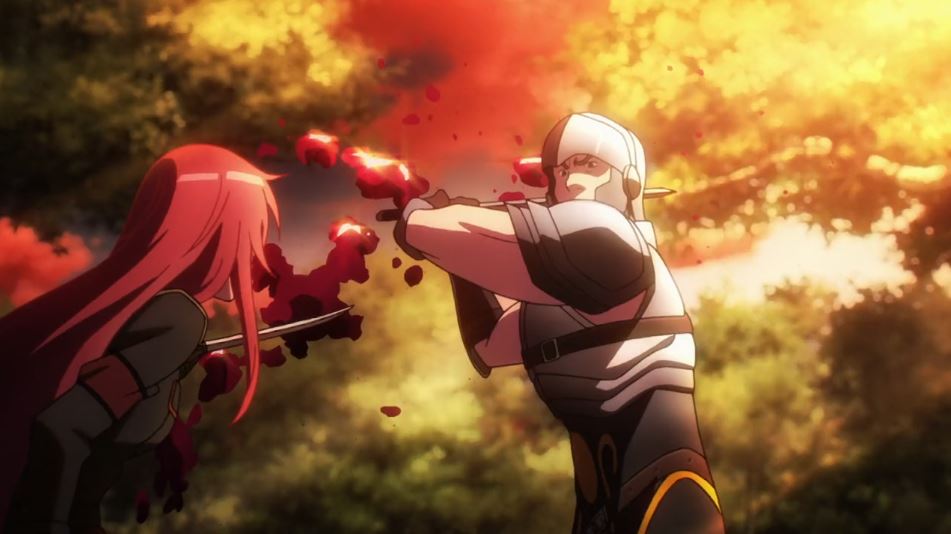 Animation-wise, Alderamin is a good-looking show with few issues. I didn’t notice any blatant animation mistakes or strangely-directed scenes, and any minor gripes I might have are overshadowed by the superb art-direction and kick-ass battles. When fights turn into close-combat skirmishes, there is a real impact to every man impaled on a sword or cut to pieces. It’s a violent high that comes crashing down soon after, when survivors find themselves standing around in pools of blood, surrounded by dying people and covered in the life-juice of their former friends.

It’s admirable for a show to both have intense action scenes, but also play the “horrors of war” angle by letting these battles have a tangible effect on the people witnessing and surviving them.