I’d say my life is pretty cozy. My country scrapped their military draft before I came of age and I am probably not going to live to see us fight for control of outer space. We might all die of climate change, but for now we at least live in a time of relative peace. Which is a shame, because media & entertainment have convinced me since childhood that war is kick-ass stuff.

I have seen heroes in movies storm the beaches of Normandy and have personally joined them in many a first-person shooter. I have commanded armies of thousands in epic clashes and then regenerated my troops back to life by standing around in cities. Even in anime war is amazing! You got giant robot battles in the stratosphere, you can watch Arslan retake his homeland, or watch the armies of Britain and France clash in Junketsu no Maria. You can also see entire populations decimated by poison gas attacks in Gundam… Or the impact of bombings in Grave of the Fireflies… or the systematic genocide of a culture in Alderamin…

I am starting to think war might actually suck.

No matter how often we watch war movies or take control of a soldier in a video game, most of us are aware that wars claim millions of lives and we wouldn’t want to actually stand in the boots of the soldiers we watch or control. Still, war has great storytelling potential and epic battles are a surefire way to get people hyped. Depicting the less pleasant sides of warfare is harder to pull off, but anime has proven to be quite good at it.

And anime is a great medium for it too. The expressive nature of its characters and the tight control directors have over how scenes are shot, lit, and paced can make scenes meant to be grim and shocking work very well. Movies are better suited to spectacle and games feel weird when they try to pull the player out of the action to have contemplative moments where the violence they themselves partake in is called into question.

Alderamin was a fascinating show about warfare and strategy, which didn’t shirk from having the characters take part in war crimes and depicting the tragedies one faces when going to war. People in this anime react sensibly to the violence they face and it even leaves badass main characters like Yatorishino shaken when it gets too much. It’s a clever show, perhaps a little too short for its ambition, but one I found admirable and enjoyable.

Main character Ikta has some real bite to him. He is an overpowered strategist, a guy who can use his overwhelming intellect to plan ten steps ahead and whip up counters to potential problems almost on the spot. It’s fascinating to see how he’ll tackle challenges on the battlefield, but it’s equally interesting to see what he’ll do when winning may require him to perform actions that aren’t exactly ethical.

Can Ikta displace native populations and torch their villages? Can he abandon allies that are too risky to mount a rescue for? Can he fight and butcher people that he actually agrees with and holds sympathies for? The show presents many such questions and Ikta’s actions are also scrutinized by his second-in-command, Suuya Mittkalif, whose more honorable and diligent ways frequently clash with the curious habits of her superior. Events that Ikta is able to quietly accept hit her like a freight train, such as the loss of troops that she has personally trained to a skirmish that, in her eyes, held no true value. 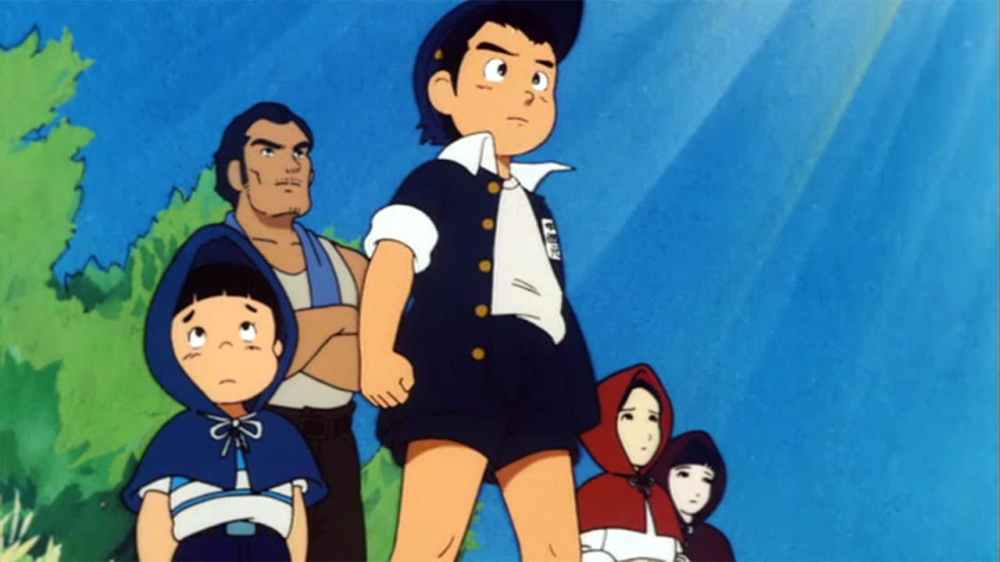 However, Alderamin is still fantastical and, for some people, that makes it harder to relate and place yourself in the shoes of the characters, even if we can share in their emotions. In that case, one needs to look no further than Barefoot Gen, the haunting 1983 movie by Hiroshima survivor Keiji Nakazawa. It is a sickening movie about a young boy and his rapidly-shrinking family attempting to survive the aftermath of the atom bomb. The gruesome visuals and story inspired by the author’s own experiences are unlike anything else out there and were enough to give me nightmares and sleepless nights in the weeks after watching it.

That is not to say that war can’t just be used as a story device for kick-ass action scenes. Not every piece of art has to get all philosophical about it; sometimes, you really just want to watch something violent and fun that doesn’t want to confront you with harsh realities. Still, when it comes to war drama, anime has proven to be potentially the best medium for it. I have seen enough tearjerkers by now to be relatively sure of that.