A homeless vagrant called Yukito has just arrived in a small town, hoping to make some money through his puppeteering act. However, his suspicious looks and lack of enthusiasm leave him hungry and sleeping on the street, until a strange girl called Misuzu swoops in to help him and offers a place to stay.

Yukito quickly becomes involved with various people around the town as he begins to live with Misuzu and her curious mother. He makes friends (and enemies) and finds part-time employment, but his new friends all turn out to have problems that can’t exactly be explained with earthly logic. The girl from the clinic wanders off at night seemingly possessed, a local rascal vanishes from the world come midnight, and even the cute & adorable Misuzu is prone to mysterious fits and sudden illness.

Finding out the truth behind these mysteries and seeing how Yukito can help the girls through them is a major appeal of the show and certainly helped by how likable all the characters are.

Air was one of the first TV anime productions by the now-renowned Kyoto Animation and would be headed by Tatsuya Isahara, who’d later also direct other major hits like Clannad and The Melancholy of Haruhi Suzumiya. 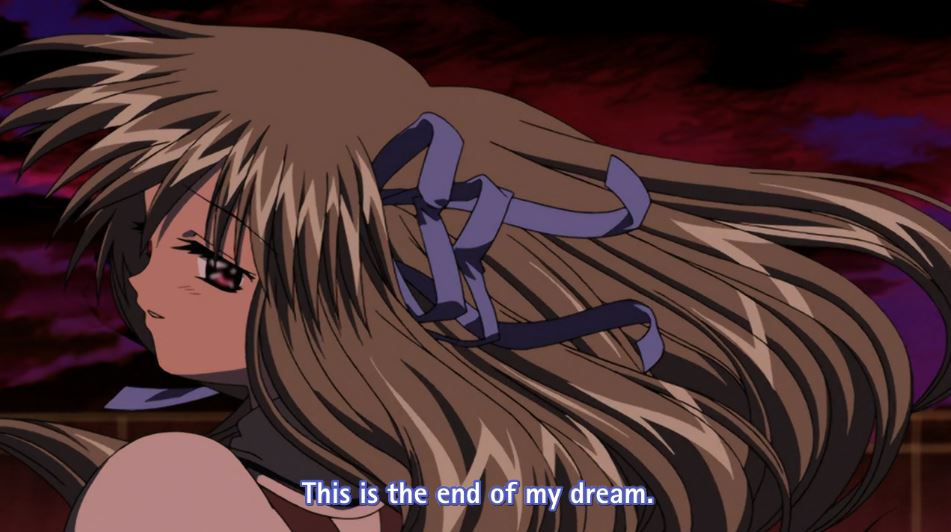 On top of that, Air is the first of their adaptations of visual novels developed by the tearjerking artists & writers at Key. Put the two together and you get a beautiful show that is especially powerful when it comes to the emotional highs of the story. Rest assured that there are plenty of those to go around.

Air is also all-around quite impressive in terms of animation, music, and voice-acting, which all comes together as a nice package. If last week’s Mayoi Neko Overrun was a celebration of a decade characterized by moe, then Air is one of the masterpieces of that bygone era.

Both Key and Kyoto Animation may be renowned for their sad stories, but even the best emotional scenes get dull if there’s nothing backing them up and providing variety.

Air offers this variety mostly through the fun interactions with the likable cast of characters. Yukito is a good example of this, with especially his struggles with putting on performances that people will actually enjoy being an ongoing source of hilarity and trouble. Watching this grumpy sod having to watch over Misuzu and slowly warming up to her is also endearing, especially when the two then return home and he has to deal with her mother, who goes from 0 to full-on drunk after just half a glass of whatever they’re drinking.

The comedic side of the story does what it has to, but it does so sparingly. It’s prevalent early on in the show while it works on establishing and endearing the characters, but takes a backseat in favor of the mysteries and big emotional scenes later down the line.

The first half of the show focuses a lot on character development and the mysteries surrounding many of the side-characters. It enjoys some good pacing with frequent pay-offs for the viewers, but the show does change gears around the halfway point.

Misuzu’s problems appear to be many times worse than immediately apparent, so the second half of the show is almost exclusively about her. While it’s a shame that the rest of the characters don’t get as much screentime, the end result makes that sacrifice well worth it. There are a lot of layers to her character to unwrap and a mystical element that is explored well with a 2-episode storyline that I won’t spoil.

Getting the spotlight all to herself allows Misuzu’s story to be told in great detail, with especially the relationship between her and her mother getting the attention it deserves. This also builds up towards a big finale in which Misuzu takes center stage. While I do have my gripes with the ending, there’s no doubt that it’s an emotional and satisfying conclusion to her story.