Legend of Basara is an anime I very much recommend watching. It’s one of the most significant shoujo anime of the ’90s, featuring a powerful female heroine who takes on the despotic ruling class that is oppressing the people of post-apocalyptic Japan. Sarasa is a vengeful warrior, a skilled swordsman, creative thinker, and the kind of compassionate soul that might be able to right the wrongs in Japan. At the same time, the show doesn’t lose touch with her feminine side, even allowing her to develop a romance.

However, I have to follow up that recommendation with a sad reminder that actually getting to see the show might be difficult.

While Basara was significant for the medium, it proved to be a show that didn’t resonate with too many people. Less than 5,000 people listed the manga as completed on MAL and less than 4,000 people got the anime listed. Compare that to Yona of the Dawn, a story that shares many similarities with Basara, which has a total of 300,000 people who completed or are currently watching the show. Even if we are to pick a shoujo anime more relevant to its time, Escaflowne approaches 70,000 and Cardcaptor Sakura probably speaks for itself. 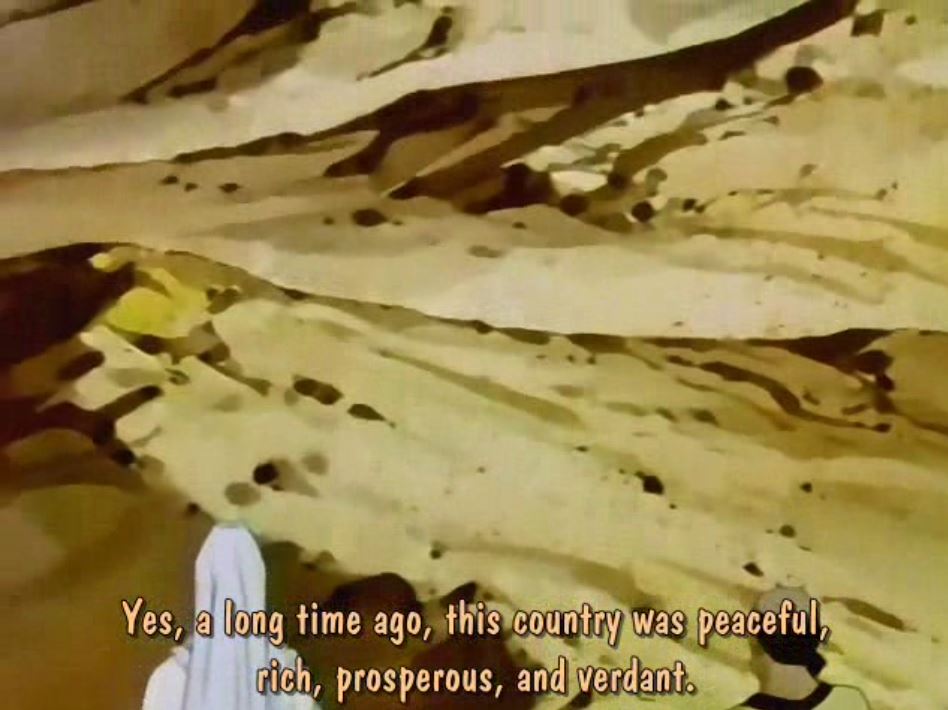 Basara was also denied any overseas success. Viz Media would license the manga and keeps it available to this day, but the anime was never licensed and remains unavailable for streaming on all legal platforms. Physical copies are rare, with most I was able to find hailing from Asian countries and Germany. Original Japanese DVDs and VHS tapes are out there, but exceedingly expensive. Europeans are even more out of luck, as the manga was only licensed for a French release that was discontinued years ago.

MAL numbers and availability are, of course, no definitive measure for how truly popular or influential a show was. But when was the last time you heard about this anime? Did you ever hear about it somewhere in the first place? This is no obscure gem that few people have seen, but which has a cult following that keeps it alive. In fact, due to its name, Legend of Basara is actively overshadowed by the Sengoku Basara license on one front and every relevant show with “Legend” in its title on the other.

I find this unacceptable and was happy to contribute to its relevance by doing a full review on it. Basara deserves to be remembered for its imaginative setting and empowering storyline centered around a tragic hero. So few people have heard of it, even though I feel it could become a retro favorite for many anime fans out there.

Yet, no matter how many obscure shows I dig up and give a spotlight on this little blog, I don’t have anywhere near enough influence to suddenly get licensors rushing to buy up streaming licenses to get this show back into relevancy. I was glad to share my thoughts about the show with a few dozen people, but it takes tens of thousands of anime fans to put life back into a series and make companies care about them.

Unless a miracle happens, mid-tier shows like Basara are cursed to make a relentless death march into obscurity. A few years after their prime, few will still care enough to remember such shows or debate their merits. Streaming licenses will expire and physical releases will never manifest. A dwindling number of torrent and streaming sites will keep such shows somewhat available and, in some cases, source material like manga or novels may stay in circulation for a good, long time.

What I am curious about is whether time has changed this phenomenon. Anime is bigger than ever before and even smaller shows make the rounds on the web, get discussed on social media, and have YouTubers critique or discuss them. Will these shows still become as unknown as Basara? I don’t know. Perhaps the media of today will be replaced or deleted given a few years. Perhaps there’s too many anime for too few content creators. I certainly remember shows from just five or six years ago that don’t ever get referenced again and never got a physical release. Who, besides me, will still care about Witchcraft Works in 20 years?