This week’s review of Gonzo’s The Count of Monte Cristo may have been borderline heretical to fans of classic literature. While following the general storyline of the French novel by Alexandre Dumas, Gankutsuou pulled a find & replace, overwriting the historical setting of the book with a futuristic sci-fi one. Aliens, spaceships, holidays to the moon, space empires, it’s all a little wacky and probably not how Dumas envisioned his story ever being told.

Still, I would ask fans of the novel not to immediately denounce the anime adaptation. The fact that it deviates so much from the tone & setting of the original, proves just how timeless of a story The Count of Monte Cristo truly is. It’s a great anime and, even if you can’t accept its bizarre changes, you might still want to seek it out and experience it.

Anime has a track record when it comes to reimagining classic literature. Since 1971, this has been main the purpose of the World Masterpiece Theater, which we discussed before on this website. It was a television program that aired high-quality anime adaptations of various books for children, often expanding on their characters and setting to fill out its long-running TV format. The shows were a national and international success, with some shows becoming major successes in nations otherwise not seen as major markets for anime. My own mother grew up watching Fables of the Green Forest and remarked it was one of the only shows middle-class kids in our country could see on TV back in the 70s. She never knew the show was based on the children stories by Thornton Burgess. 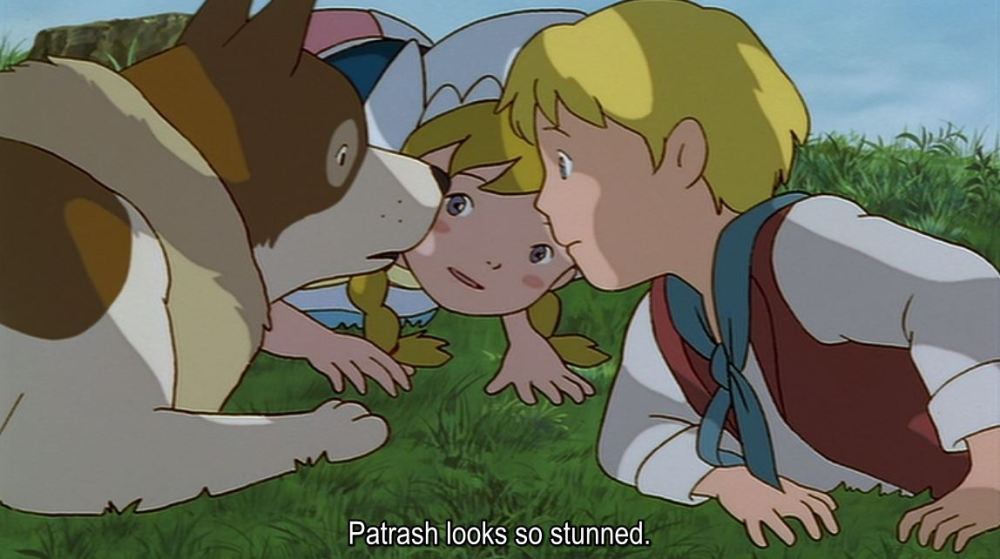 For the adults among us who don’t feel like watching long-form anime, there are the manga series by Variety Arts Works, a company that recruits talent to create accessible manga adaptations of various novels. This includes some stories that overlap with the demographic for the World Masterpiece Theater, but also books like Ulysses, 1984, Faust, Mein Kampf, Les Miserables, and even the Quran. And these two are just the big players, there are many mangaka out there writing their own versions that adapt classic literature and the WMT doesn’t have a monopoly on anime adaptations either, as Gankutsuou elegantly proves.

And the keyword in the paragraph above is accessible. The chances that I was ever going to randomly decide to read Alexandre Dumas’ The Count of Monte Cristo were bordering on 0%. I was never going to read Journey to the West or A Dog of Flanders. These are stories far separated from my demographic and written in a medium that isn’t my favorite. Outside of short stories, it’s unique for me to read more than a single book a year.

Through Gankutsuou, WMT, and Variety Arts Works, I was exposed to many stories that I very much enjoyed, but which I never before had a reason or opportunity to interact with. They weren’t accessible to me, even though I clearly would have enjoyed them. Likewise, a fan of sci-fi may be deterred by the historical setting of The Count of Monte Cristo, only to fall in love with the story and amazing characters through Gankutsuou. In fact, I have a friend who bought The Divine Comedy because he really liked Dante’s Inferno and we ended up discussing the book after I read Go Nagai’s manga adaptation of it.

Anime & manga that adapt classic literature expose their fans to a wealth of stories that they otherwise might never have experienced, even though some of those came from their countries. It also breaks away from the usual tropes that the medium abides by, allowing these works to appeal to people outside of the fandom, growing the medium and earning it wider recognition. Lastly, it spreads worldwide influences to Japan itself, which is of course the main demographic for this media. How cool is it that somebody made a manga about the Quran, intended for a country where muslims make up less than 0.1% of the total population? Isn’t it amazing that a Belgian fairytale from 1872 is one of the most widely-referenced and recognized stories in anime?

I certainly hope that we’ll continue to see more adaptations like these. Even if that means some classic literature might be rewritten to take place in high school and feature giant mechs and tsunderes.